I’ve started working on entity support for Chunky. This means that Chunky will be able to render a number of different things that it can currently not render because they did not fit inside a single voxel (a single block in the Minecraft world).

From the beginning Chunky would only render perfectly cuboid objects such as stone blocks, grass blocks etc. After a while I started adding support for non-cuboid things such as fence posts, stairs, torches, etc. 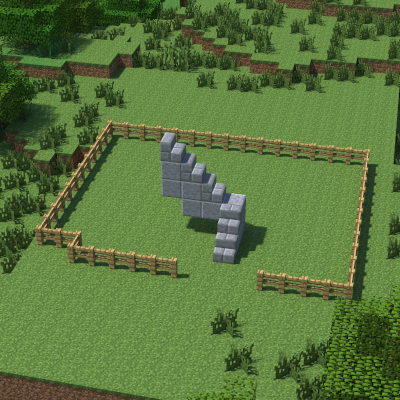 Most non-cuboid blocks still fit inside a voxel, like the stairs and fence in the above image, so I reused the same representation for both voxel-filling cuboid blocks and non-filling blocks. Without going into too much detail, this meant that although I could render things with more interesting shapes than pure cubes, they could not extend outsize a 1x1x1 meter area. This is a problem for things such as paintings, cows, player models, beacon effects, and a bunch of other miscellaneous blocks or effects that are currently not be rendered by Chunky. 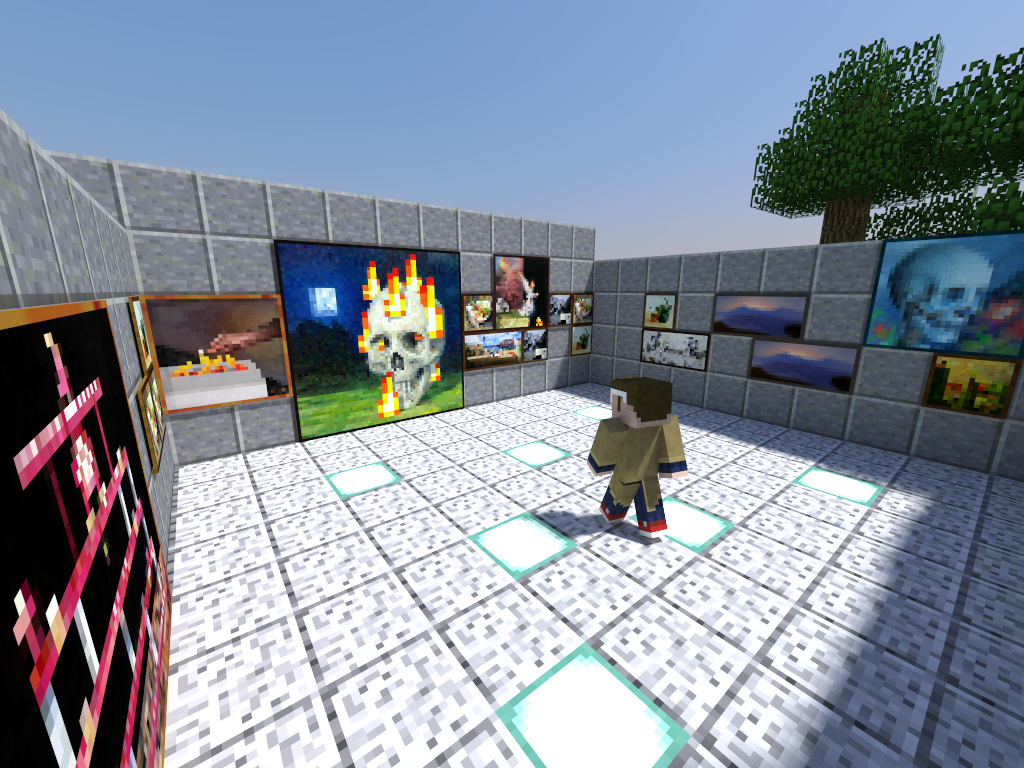 The above image was rendered using the current partial entity support I’ve been working on. Entities support is exciting because it allows rendering a lot of things that could not previously be rendered properly! Only paintings are fully handled right now, and there’s a bit more to do before this is ready for release. I hope to release it soon.