This post is a bit of a rant about the current state of color pickers in different applications. It also talks a bit about a color picker I created myself, and how I decided to make it different from most other color pickers.

The default color picker interface in the Java Swing API is terrible. I have been using it in Chunky because there was really no simple alternative. Here is a screenshot of the Swing color picker: 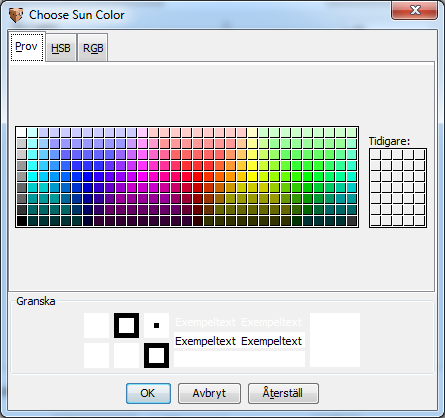 Out of the three tabs in the dialog, the first one is the second least useful. I won’t even show the unspeakably bad third one. I hate the above tab because the color swatches in the palette are too small – it would have been better if that palette was just a continuous gradient of colors. I also hate that the palette has a grid in it with some kind of bevel effect – if there is some grid between the colors in a palette it should just be one solid achromatic color. With the current small color swatches the grid muddies up the perception of the individual colors. It’s a real shame that the above tab is the default one, it makes the JColorChooser much shittier than it would have been if the second one was the default tab.

So, let’s look at the second tab: 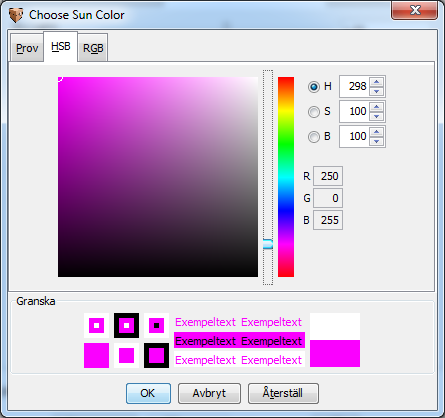 This second tab is better, but still bad. Here are a few problems I have with it:

I’ve been looking at other color pickers in different applications and most of the ones I’ve seen so far are awful. The main problem is usually that the interface is very fiddly, due to too small sliders or sliders that are otherwise difficult to adjust. There seems to be some weird idea that the components in a color picker should be small and compact, but the smaller they are the worse they are to use. As a user I want big palettes that can display a color gradient over a large area so I can get a better idea of the different nuances at a glance.

Another common problem is that color pickers lack a good color preview. The preview should be one large swatch of the color, uninterrupted by other crap. 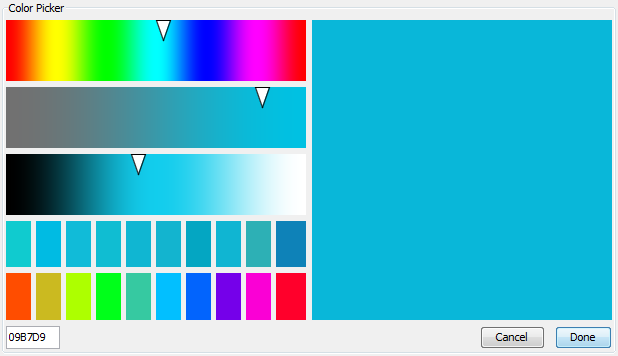 The interface is really simple, and it has only the features that I needed, but I think it is superior to most other color choosers I have tried. What makes it so good?