In this installment of Chunky news I will discuss the current development progress and my plans for the future.

I recently uploaded a snapshot for the upcoming version 1.3.6. Version 1.3.6 which will include sign text rendering, bug fixes, and rendering for some new block types and previously unsupported blocks. The new entity rendering system allows me to implement rendering of some types of blocks which were really difficult to render previously, so that makes me really excited. However, I will not tackle more complex entities such as players and animals/mobs for the 1.3.6 release. 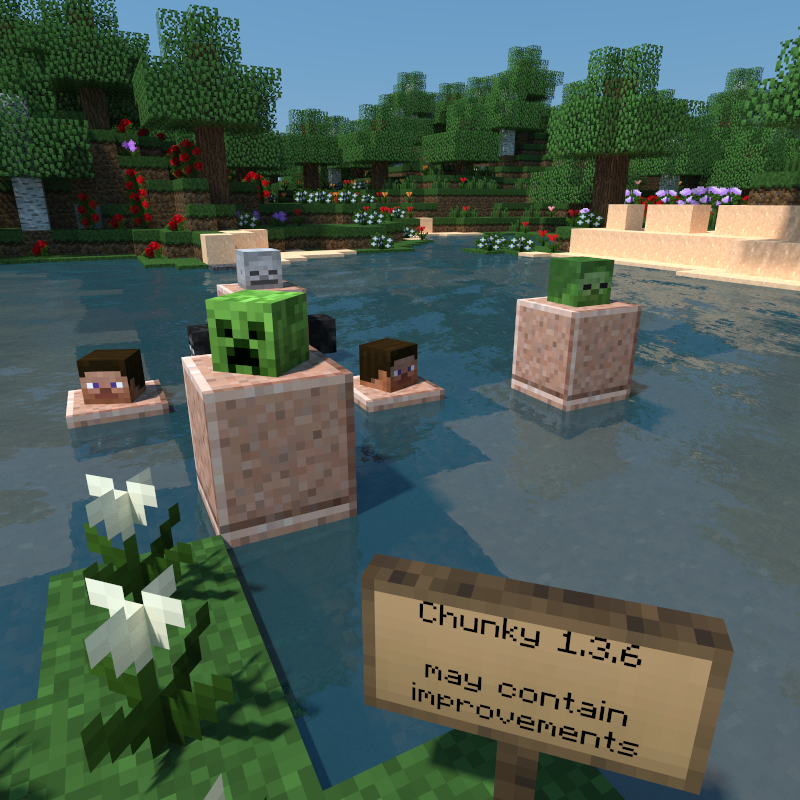 I recently experimented with a new rendering technique that proved to be very successful. It’s a neat trick that can drastically cut render time for complex scenes with difficult lighting. The idea is to split up the render into two separate passes: sunlight and emitter passes. Splitting these two light sources makes it possible to blur the emitter light where it is too noisy.

I often have ideas about neat features to implement in Chunky. One of the ideas I am most excited about at the moment is plugin support. This is something that I have vaguely thought about before but never really considered possible, but with the current launcher it would actually be pretty simple to implement plugin support. The thing that really blocks plugins right now is that I’d have no way of signing/verifying plugins. Plugins would be a huge security concern for the plugin users. On a related note I really want to add verification for the core Chunky binaries.

My current priority list for future projects is this:

Although GPU rendering seems to be the most requested feature by users I don’t have it that high on my own priority list because of these reasons: