Last year I started adding entity rendering support to Chunky, with one of the big goals being to add player rendering. Adding entity support was difficult because it required doing some large changes in the rendering code – previously Chunky could only render things that fit exactly into a single block, otherwise it broke the Octree renderer.

In version 1.3.4 I had finally added a working entity renderer, and since then I’ve been adding new entities in each version. Today version 1.3.7 was released with initial player rendering support. 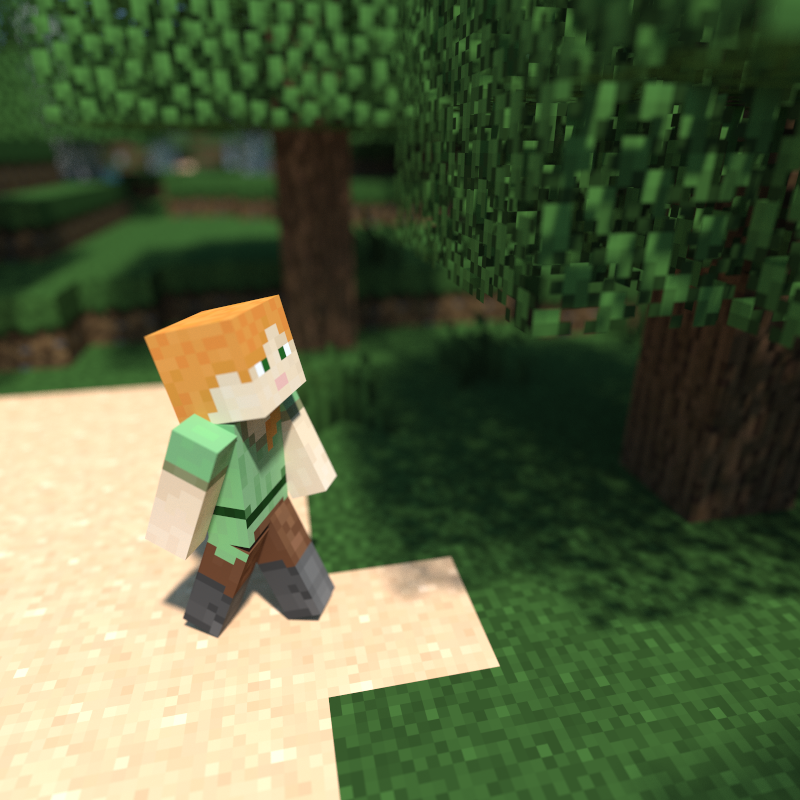 The problem with rendering player entities is that there are so many features that you might expect to come with that, such as armor, skins (custom player textures), equipped items (bow, sword, pickaxe), capes, etc. You might also expect to be able to reposition the players and pose them, adjusting the arm and leg directions. Most of this is not supported yet, but I’ll be trying to add some of those features in the next releases of Chunky.