I have been playing The Witness recently. It’s a gorgeous puzzle game. I am a fan of puzzle games and I think The Witness is one of the best I have played so far. The puzzles are what really make The Witness great, but the aesthetics are a big plus too. The atmosphere of the game is somewhat like Riven, in that you explore a desolate island world listening to gentle gusts of wind, rustling leaves and lapping waves, getting mildly infuriated by puzzles you don’t quite get. While not being vexed by an inscrutable puzzle, it can be quite meditative to walk around in the serene game world of The Witness. 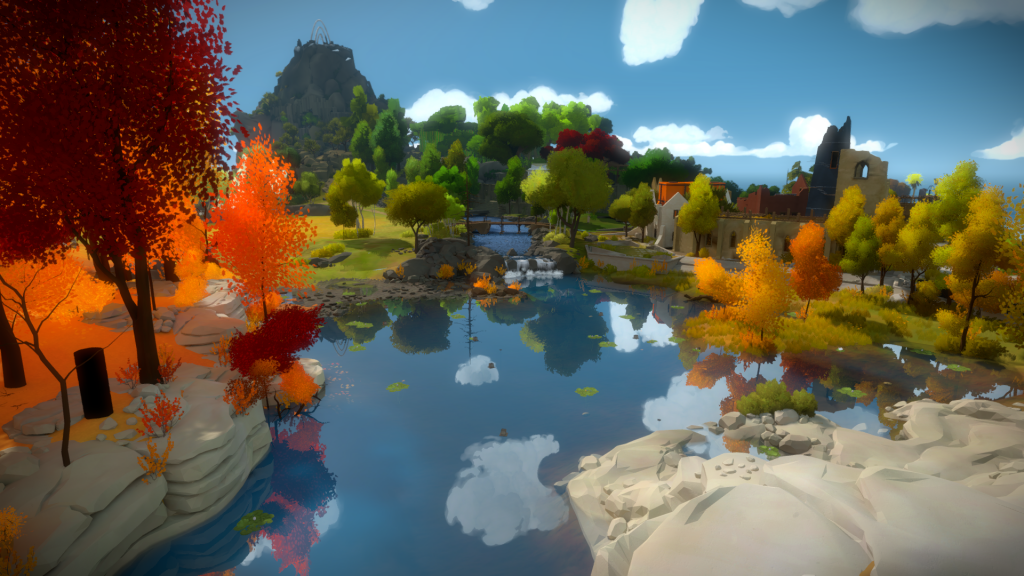 It is difficult to talk about the puzzles in The Witness without spoiling the game, and I really encourage you to try it if you are at all interested in puzzle games. I will try to describe why I love the game without spoilers.

A puzzle game needs a progression of difficulty – the puzzles can’t be straight up super hard, that would make it feel unfair and make players give up prematurely. It also can’t be too easy all the time, because making the puzzles too easy takes away the rewarding feeling of solving the puzzles, and then the game becomes boring – a tedious task rather than a rewarding challenge. I have played many games that were too easy and became boring because of that, for example The Bridge is a decent game but a bit too easy for me so I didn’t enjoy it as much.

In my opinion, the puzzles in The Witness are well balanced. They constantly offer new challenges by repeating old mechanics in slightly different ways. The Witness may be too difficult to some players. It does get quite complicated the further into the game you get, but it is on the other hand really rewarding to finally solve those difficult puzzles. Sometimes you just need to take a break from the game, or go look at another set of puzzles while you think about the puzzle you were stuck on in the back of your mind. 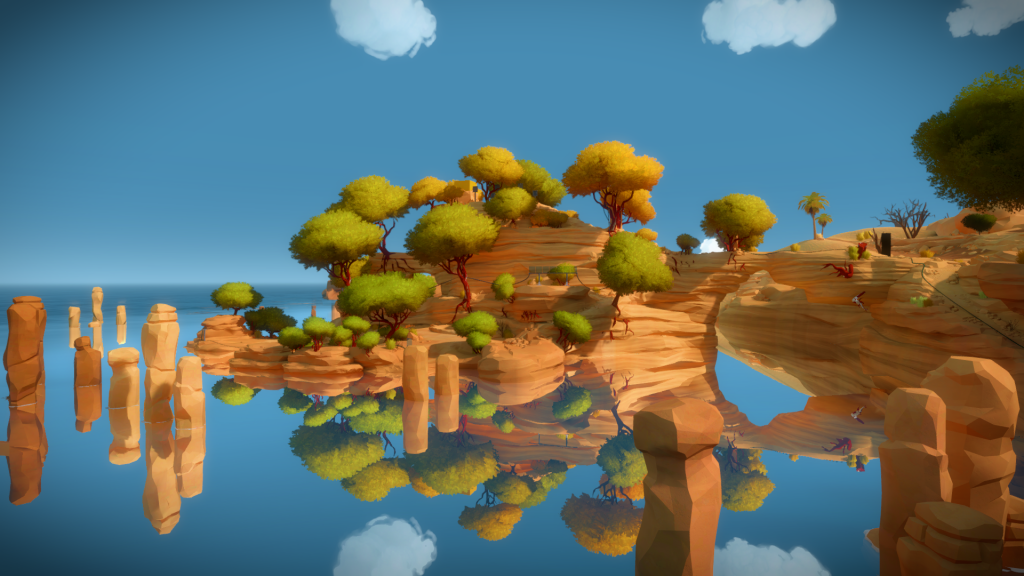 Another great aspect of puzzle games is when you can solve the puzzle without being told how to. The best puzzle games manage to hint at the solution without blatantly telling you the solution. Solving puzzles like that feels really great – it makes you feel smart, and that is a big part of playing puzzle games. The Witness manages to give useful hints without being too obvious, and there are very few situations where the solution is directly given to you. I also feel like the hints are not too obtuse either, but there were definitely some puzzle mechanics that I had to just take a break and come back to to figure out the hint. 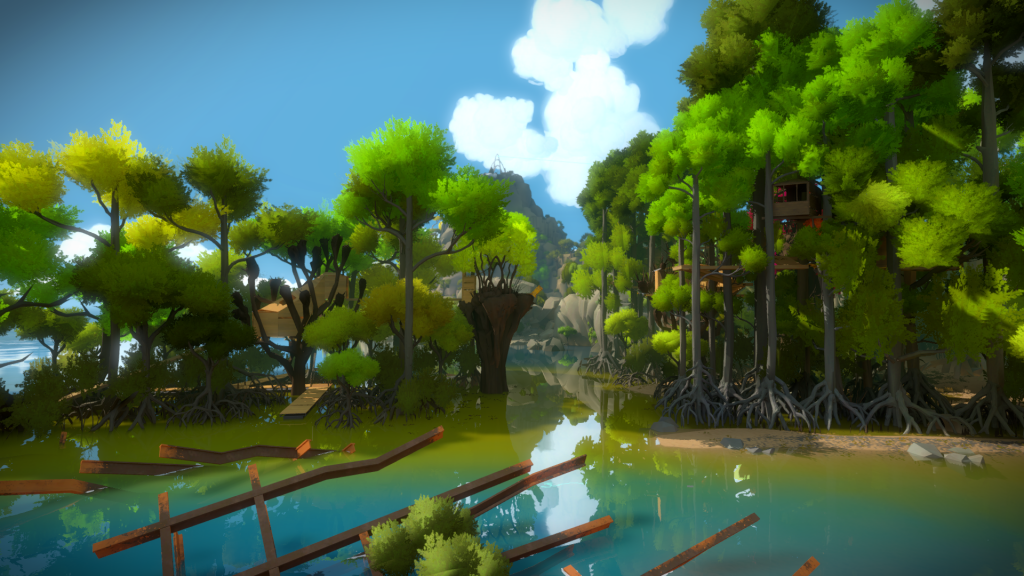 The puzzles in The Witness involve many different mechanics, and it is up to the player to discover those mechanics. It’s all about figuring out what rules the puzzles obey, and which order to do certain things. The solution to the puzzle is really just moving a cursor from point A to B without violating those rules. It’s a simple system with a big variety of mechanics that challenges you with new and interesting head gymnastics. The game is also open-ended in this sense, because there are many puzzles at any time that you can try to solve, but some of the puzzles teach you how to solve others of the available puzzles. 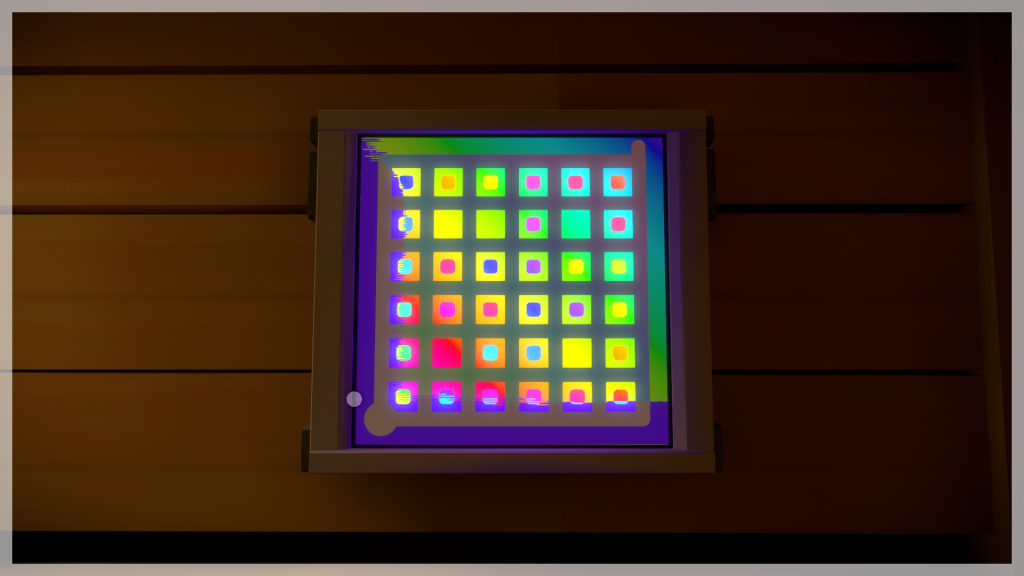 Though I really liked The Witness, there are some things that could be improved:

The Witness may be a bit pricey right now, but it was worth the money for me. The highlights of the game are: